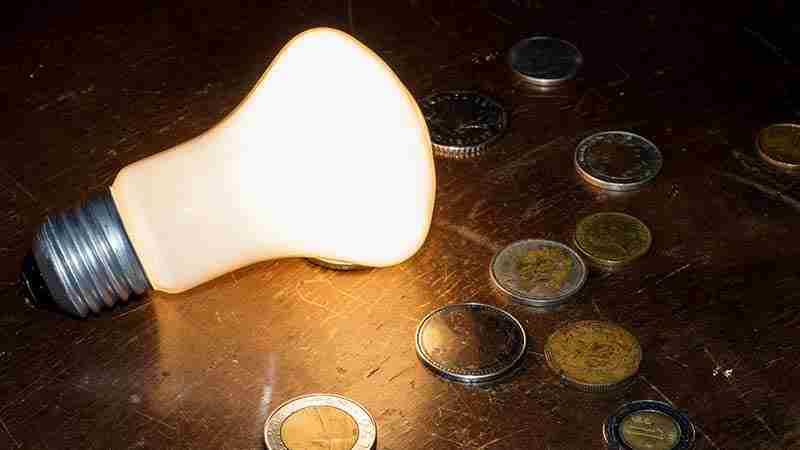 Liz Truss states that landlords have been treated unfairly

Our new prime minister, Liz Truss, has publicly stated that she believes landlords were unjustly treated by previous governments and hinted towards major change. The NRLA chief executive, Ben Beadle, spoke with Truss in which she claimed that she wished to see landlords continuing to invest rather than selling their properties and leaving the sector.

After he met with Truss, Beadle called for an overhaul of the housing policy, stating “The last administration has been hell-bent on shrinking the sector, bashing landlords and looking at landlords as cash cows.”

His remarks came days after the release of the new ‘Decent Homes Standard’ document, which imposes a minimum standard on homes in the private rented sector. The main concern for landlords is the ‘reasonable degree of thermal comfort’ reference, which could potentially be tied into the projected rise in minimum EPC ratings from E to C, which will be near impossible for some homes in the country.

Household energy bills are being capped by the government at £2,500 per year (from £1,971) from October 1st, to combat soaring costs. Prior to the announcement, energy bills were expected to rise to £3,549 per year.

The energy price cap will apply for 2 years to all households in England, Scotland and Wales. However, the “same level of support” will be available in Northern Ireland. In addition to the price cap, households will also receive a £400 bill discount in October.

With the new price guarantee, dual-fuel customers on a standard-variable tariff will pay:

A typical household should expect to pay about £2,500 a year, however, several factors can affect the costs, including the type of property and the number of people living in the property.

Businesses will also receive relief under the Energy Bill Relief Scheme, including a wholesale price cap and fixed rates of 21.1p per kWh for electricity and 7.5p per KWh for gas.

A recent survey, published by Goodlord and Vouch, has revealed that the government’s rental reform white paper is worrying landlords, agents and tenants across the country.

The rental reform white paper, published in June, was created to explain the government’s plans to reform the private rental sector and level up housing quality. However, the feedback from the sector was far from positive.

The report came at an inopportune time, after several years of disruption due to the pandemic, and with increasing legislation being introduced during an economic crisis.

The majority of agents and landlords who responded to the poll expressed concern about the Renters’ Reform Bill, while the majority of tenants conveyed that they would like to see more legislation introduced around renting.

The main highlights of the report are abolishing Section 21 which allows landlords to terminate tenancies without giving a reason, implementing the Decent Homes Standard in the private rental sector, and introducing a housing ombudsman covering all PRS landlords.

The government claims that these reforms will help ease the cost-of-living pressures renters face, saving families from unnecessary moving expenses. However, the effect on landlords and agents seems to be overlooked in the report.

Scotland’s rental crisis and the effect on buy- to-lets

Scotland has seen a dramatic increase in rental prices in recent years, as the shortage of homes has led to tenant bidding wars and price surges. The situation is most extreme in Scotland, but it is starting to become a problem in other parts of the UK as well.

The recent legislation changes in Scotland have pushed many landlords to sell their homes. In June, similar legislative changes were announced for England in the private rental sector reform white paper. This includes abolishing no-fault evictions and scrapping assured shorthold tenancies, which was already in place in Scotland since 2017.

The graph below, posted in The Telegraph, shows that the rental demand in Scotland has surged at twice the pace of the UK. 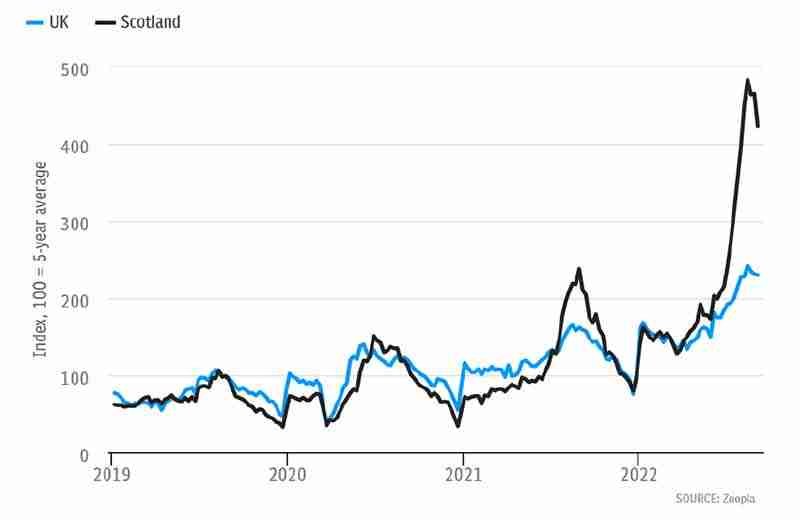 Other data suggests that the supply of rental homes on the market in Scotland is at half the level of the five-year average, according to Zoopla.

These figures are certainly concerning, and they could indicate what will happen in England in the coming years.